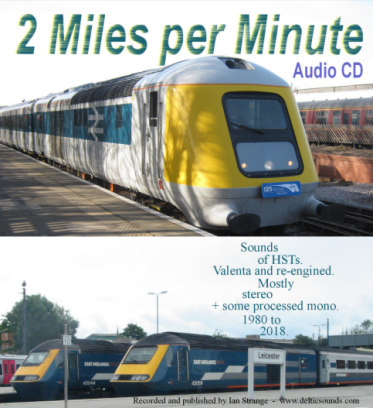 Lineside and station recordings of the record-breaking Intercity 125s, many from in and around Leicester and Peterborough, plus Stoke Bank. Other locations include Coventry and the Lickey Incline. Also, more recent sounds of the prototype 41001 on-train, recorded at the GCR (N).

Some nostalgic interlopers into these recordings include classes 08, 20, 31 and even a stationary APT-P.

You can download a pdf version of the playlist:
2 Miles per Minute playlist PDF

Rear power-car pulls away from Grantham, 1997.

2 Peterborough. As Deltic 55014 stands at the other side of the station on a Kings Cross working, 43157 blasts its horns and tears through northbound with 43072 at the rear. 2nd May 1981. (Processed mono recording). 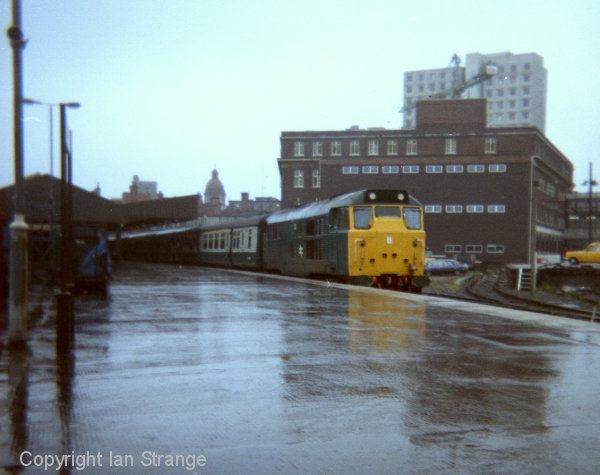 6a Leicester. 31325 runs light as an HST arrives at platform 1.
6b The HST makes a spirited departure for Leeds at 2116hrs, easing briefly as it crosses onto the down main. 9th June 1983. (Processed mono recording).

8 Kilby Bridge. As the sun sets on a fine evening, an HST passes north, easing slightly for the curve at Wigston Junction. 31st March 1989.

9 Kilby Bridge. A St. Pancras bound HST picks up speed after its stop at Leicester on an early evening service. 3rd May 1991.

10 Grantham. Sporting GNER livery, the rear power-car is heard pulling away on a Kings Cross working at 1819hrs, as the light fades. 2nd March 1997.

12 Holme Fen. Shortly after nightfall, an HST passes southbound and powers into the distance, to a faint background of fireworks. 8th November 2002.

13 Pilmoor. As the sun sets, an HST is heard approaching from the north before shooting passed under a bridge at 1836hrs. 29th March 1997.

16 Coventry. At about 0730hrs, a Virgin HST departs platform 2 and takes the single track towards Leamington Spa. 12th September 1998.

19 Kilby Bridge. 34 minutes after the above recording, another HST passes towards Leicester.

20 Leicester. 43048/047 arrive at platform 2. A sprinter arrives from the north before the HST departs northbound on a weekday commuter working, delayed by a preceding class 47. 13th March 2002.

21 Sandy. With some snow on the ground, an HST emerges from the morning mist and races through on its way to Kings Cross. 5th January 2002. 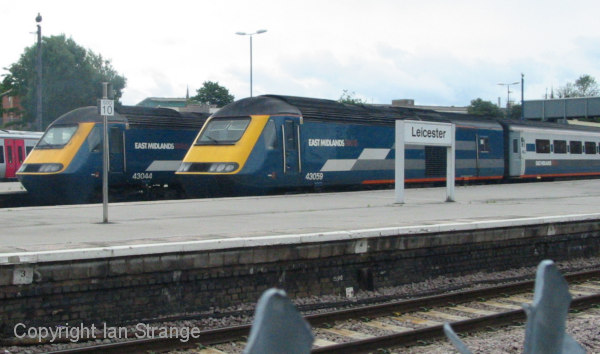 26 Kilby Bridge. A southbound HST sounds a warning to the farm crossing and passes at 1207hrs. 11th September 2010. 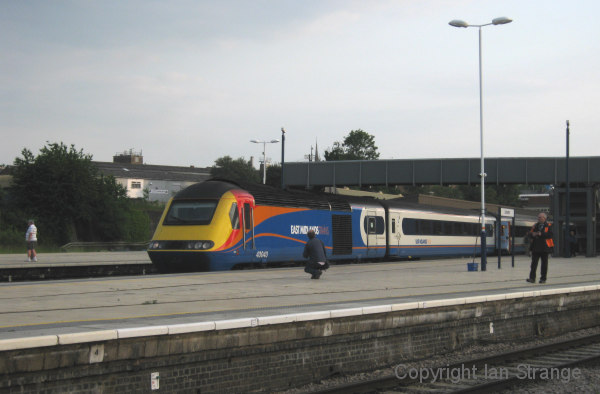 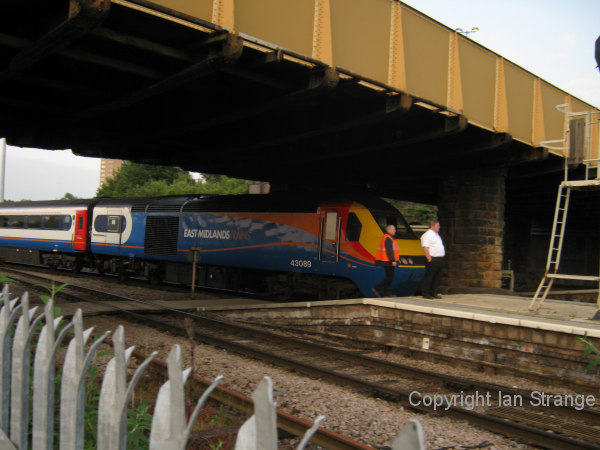 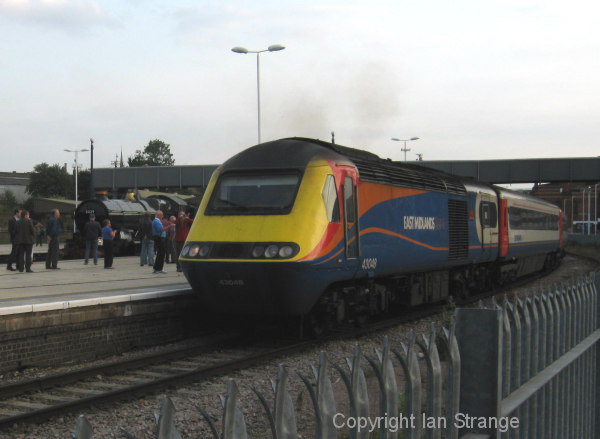 30 Cossington (north of Syston Junction) on a very wet morning. The driver of a northbound HST blares the horns as a steam photographer strolls over the foot-crossing, at 0836hrs. 7th May 2011.

32 Conington. An HST sweeps passed northbound at 0916hrs, heard a slight distance back from the line, and the crossing barriers lift. 12th June 2010.

35 Shipton (4 miles north of York). The early morning breeze carries the sound of an East Coast HST picking up speed after departing York. A car passes, and then a southbound Voyager, before the HST powers by at 0741hrs. 12th April 2014.

36 Marholm footbridge. In the fading light, a northbound HST picks up speed and passes underneath the mic, at 1823hrs. 8th March 2014.

41 A bonus track, featuring a stationary APT. No exciting action, but extremely rare to hear any APT sounds recorded. At Rugby, APT-P 370 004 creates a very deep humming as it stands alongside the station, to a background of announcements and a class 25 running light. 22nd October 1980. (Processed mono recording).

42 On a bitterly cold, sunny, afternoon, 41001 departs Ruddington South Junction (Great Central Railway North) at 1219hrs. The driver sounds warnings to some p.w. workers attending to track maintenance. 47828 brings up at the rear of the train heading onto the branch to Ruddington. 24th February 2018. 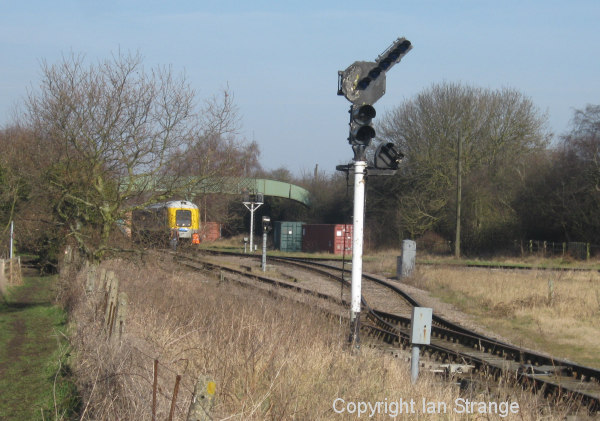 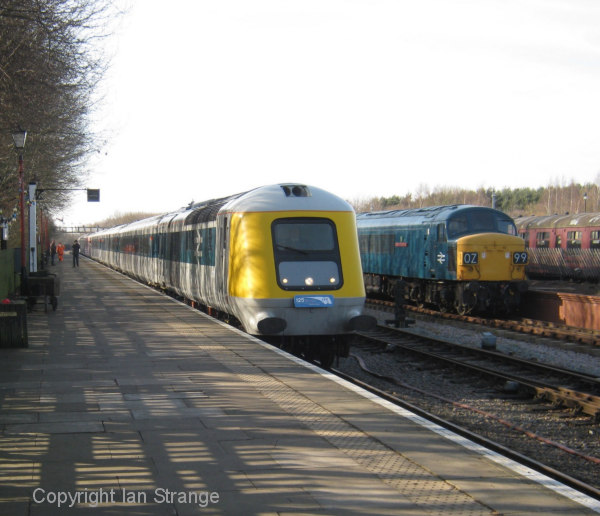 44 (On-train) With the characteristic creaking from the gangway connection, 41001 passes over a cross-over and accelerates, its sound reflecting back from industrial buildings. We arrive at Rushcliffe Halt at 1518hrs. 24th February 2018. 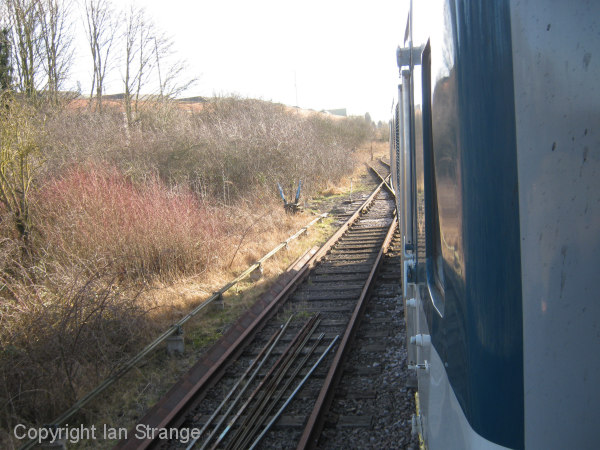 Tracks 23 to 40 and 42-47 made on top quality solid-state recording equipment.

You can download a pdf version of the playlist:
2 Miles per Minute playlist PDF