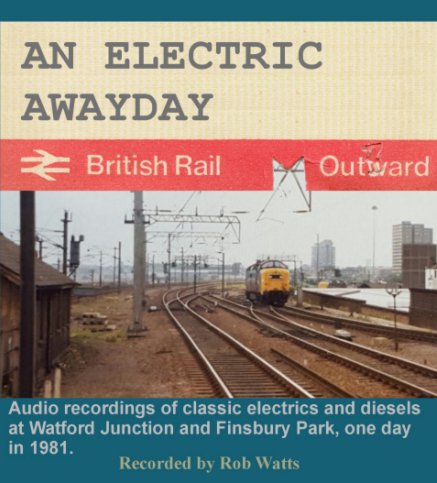 Nostalgic sounds of classic locomotives one day in 1981, at Watford Junction and Finsbury Park. Plus some bonus recordings from Haymarket and Honeybourne stations.

You can download a pdf version of the playlist:
An Electric Awayday playlist PDF

11 - 87026 "Redgauntlet" passes in the opposite direction. 310065 arrives with the Birmingham service, as it arrives 82004 passes northbound with a short flat wagon train.

17 - Then 86016 passes light engine and 25036 approaches Watford's yard with an engineer's train, as it does so, it hoots. An aircraft can be heard overhead.

34 - At 4.38, a DMU bound for Carstairs skids to a halt, and as it leaves, a Deltic no. 55018 "Ballymoss" passes light engine, and after a short pause in the tunnel, continues to Waverley.