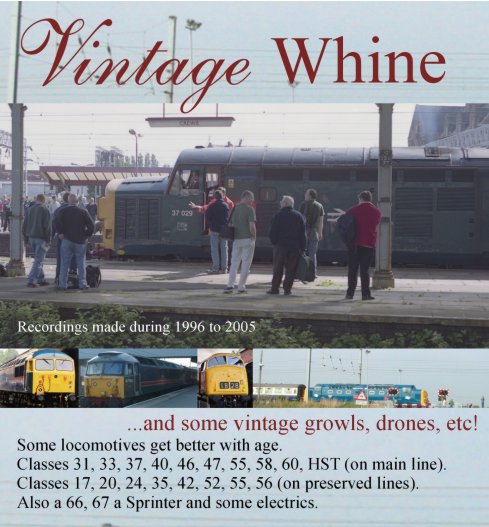 Stereo recordings of classic diesels (and some whining electrics) during 1996 to 2005.

You can download a pdf version of the playlist:
Vintage Whine playlist PDF

8a* 37420 pulls away from a signal approaching Stafford, then slows again.
8b* 37420 arrives at Stafford on a Holyhead-Birmingham service for NWT, on the evening of Sunday 9th May 1999.

14a East Lancs Railway, 11th September 1999: At Rawtenstall, BR blue liveried 56006 has been uncoupled from its train and moves up to the buffer-stops.
14b 56006 runs round the coaching stock of its train.

16 Grantham 26th February 2000: After arriving from the Nottingham line, and running round its tanker train, 60024 draws forward to the signal. The signal clears, and the 60 accelerates along the ECML towards Newark.

32a Leicester, 9th December 2000: 37682 running light, has a problem with sticking brakes as it attempts to move. This was shortly before midday.
32b The 37 finally manages to pull away.

34 Little Ponton, 16th March 2002:. A class 47 on a tour returning from York to Kings Cross, passes after nightfall, working hard on the climb to Stoke.

TPO finalé, 9th/10th January 2004, at Derby. A gathering of about 50 (mostly young families – a few enthusiasts) turned out before midnight. Two classic foot-in-mouth announcements were not captured on my recording, firstly telling us all to keep well out of everyone's way when the TPO arrives, no flash photography, etc. Just before its arrival, all "spotters" were ordered to stand back... nobody moved - obviously!
37a 67023 rolls in at platform 1 on the final TPO to Bristol. In contrast to the warning announcements, TPO staff invite everyone aboard, to watch them at work, and receive souvenir mailbag-tags.
37b 67023 departs at 0008hrs as TPO staff, in doorways, shout their farewells to us. The announcer could not resist one more attempt to boss us around! 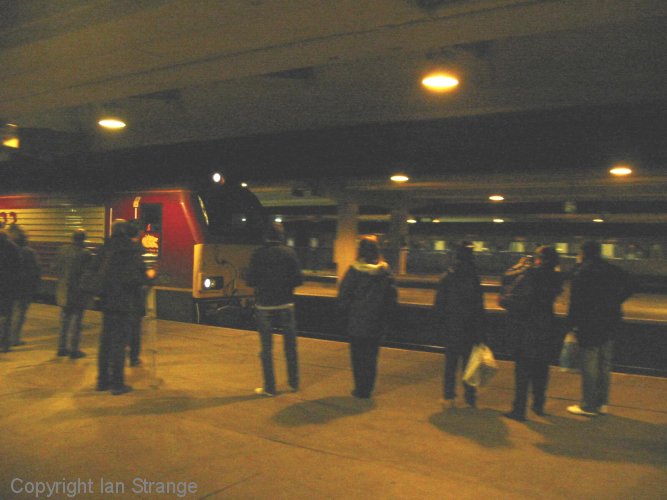 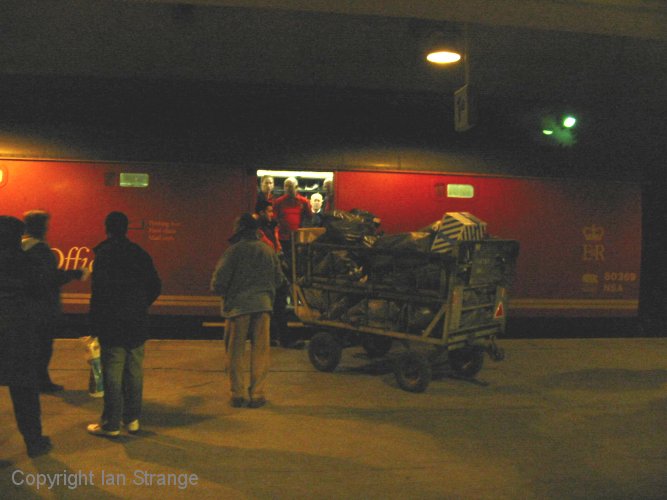 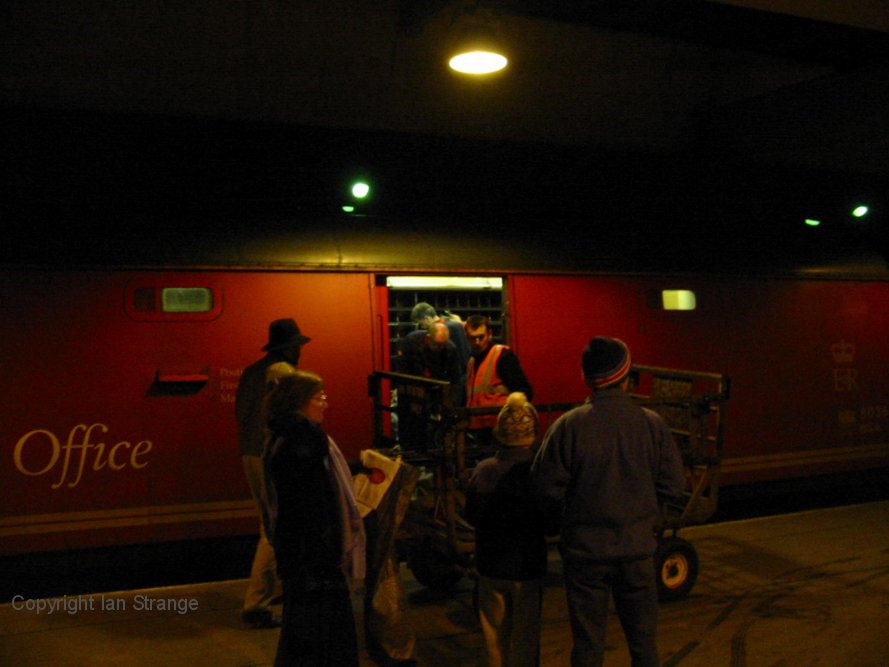 39 Little Bytham on an overcast and breezy afternoon, 21st January 2005: At 1659hrs, 40145 powers passed on the down-slow line, hauling the CFPS 25th anniversary railtour, and is heard going off into the distance.

Tallington - 22nd January 2005. A freezing night with a hazy moon. Trains from the south, sound warnings for a series of level crossings, with lingering echoes, hence my inclusion of a sprinter and a class 66 in this ‘vintage’ title:
40a A single-car "bubblecar" sounds its horns twice.
40b The "bubblecar" trundles passed and away to the north.
41a The very loud horns of a class 66 sound 3 times.
41b The 66 passes on the down-slow.
42 On the final day of the CFPS 25th anniversary tour, 40145 can be heard approaching before some brief blips on its horns. The 40 then thunders passed on the down-fast line and away into the distance.